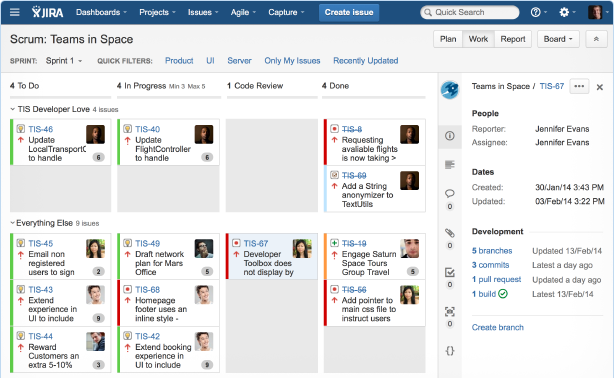 JIRA is a webbased tool, supporting the coordination of Scrum projects.

How it works is that you create one project for (normally) one team. This project will contain all issues (kanban cards)

Each project can contain 1 or several views. These views are called ‘Boards’. You can select a ‘Kanban’ view or a ‘Scrum’ view. The difference is that Scrum uses Sprints of 2, 3 or 4 weeks. Kanban uses no planning.

Once you’re in the project, you can create new Stories. A new Story will be added to the Project and placed in the To Do column. In Scrum, this is called the ‘Product Backlog’

Two teams, one project?
It’s possible to include several teams in a single project by creating two boards in a single project. By making columns that are owned by one or boths teams, you can work together in a single Scrum Project. This does require some extra coordination since the Sprint start needs to be in sync.

Epics, features, stories, tasks and sub-tasks are how you split up work from big to small. 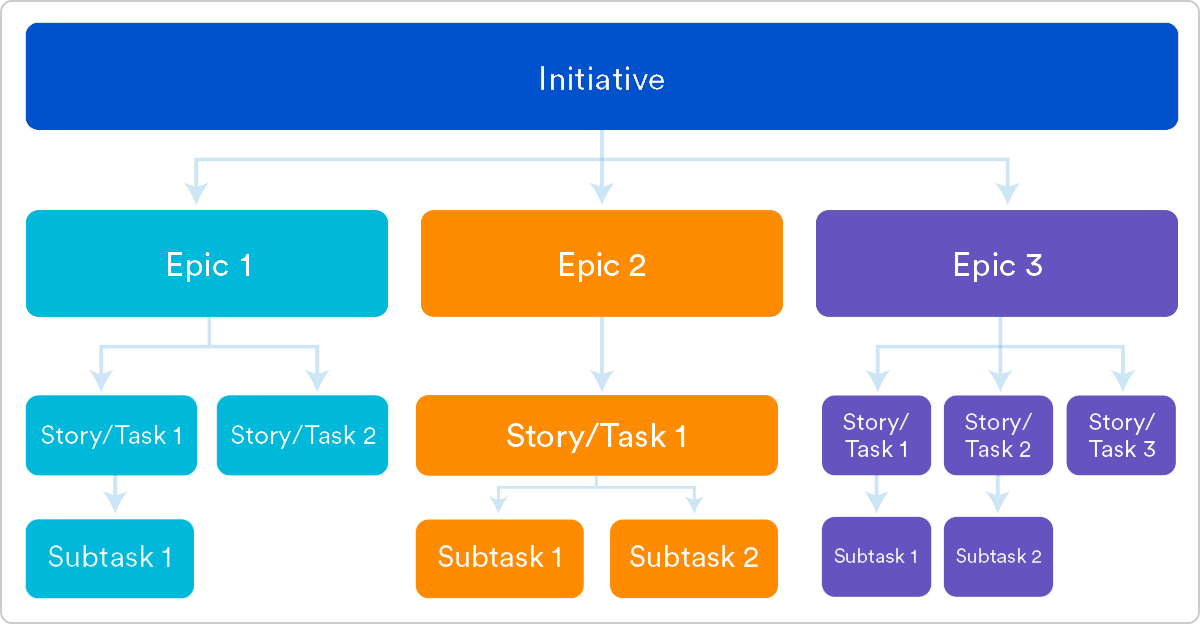 An Epic is a huge block of work that needs to be split up in multiple user stories. It can take several sprints/increments of work to complete an Epic.

A Feature is a set of user stories that – when completed, allow for a new feature to be used by the users. This layer is mostly ‘strategic’ and does not have its own entity in Jira.

A Story is a piece of work that is smaller than 1 sprint but longer than a day. Normally it’s written in the following fashion: “As a <actor>, I want <desire>, So that I can do <reason>.” If the story is shorter than a day, you can call it a Task. The description in a task is significantly less detailed than a story.

Both stories or tasks can be assigned to an overarching Epic.

A Subtask is a small piece of work linked to a either a Story or Task. These are short statements of work that needs to be done in order to finish a user story.

Impossible Epics and Stories?
Be careful when writing down what to do for an Epic or Story since it is possible to use words that prevent a Epic or Story from ever being completed. If you understand the differences between the following three categories, you’re good to go.